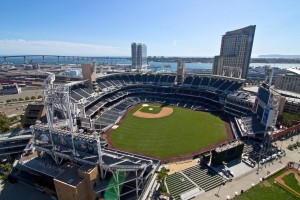 Where is the best baseball city in the U.S.? With 30 different cities to choose from, there are plenty of great reasons to visit each and everyone. On this day, Opening Day 2015 of Baseball, we pay tribute to America’s pastime with a closer look at some of our favorites. Coconut Club Vacations reviews 4 of baseball’s best cities and why you won’t want to miss them this year.

St Louis – a historic and popular team, the St Louis Cardinals are 11 time champions in MLB and with a stadium which is close to sold out every single game, it is easy to see what makes this city one you won’t want to miss. Founded in 1882 as an American Association Team called the St. Louis Brown Stockings, the now Cardinals have won more than 9,300 games, 11 World Series, 18 National League Pennants, 3 Eastern Division titles and 8 National League Central Division Titles. Whether going for a game or just to check out the stadium, you will be impressed and the winning record of this popular and exciting team.

San Francisco – made famous in 1951 with baseballs shot heard “round the world” when the Giants beat the Dodgers after trailing 4 to 2 with a 3 run homer in the 9th was the first nationally televised game ever. Today the Giants and San Francisco, remain one of the most popular baseball cities in the country. Since 2008, the Giants have been playing at AT&T Park. Today, this first privately financed Major League Baseball Team continues to inspire. Visit the park and see a game, tour the stadium or check out a variety of other events at the park this year.

New York – New York is a city like no other, even in baseball, they are unique in that they have not one, but two, MLB teams including the Yankees and the Mets. The Yankees are one of the oldest and most recognized teams in Baseball. Begun as the Highlanders in 1903, the Yankees are recognized for having some of the most notable players in history including Gehrig and Ruth and of course, DiMaggio and Mantle, just to name a few. Visitors to Yankee Stadium can even have a fun trip back in time with their “Hands on History” program where guests can hold Babe Ruth’s bat Mickey Mantle’ 1958 World Series bat and even trophies.

Boston – last on our list is Boston. Home of the Red Sox, Boston is a baseball lovers dream destination. Playing in Fenway Park since 1912, the Red Sox have been winning for decades. Today, visitors can enjoy a game at the almost always sold out Fenway Park or just a trip to the park itself. Considered “America’s most Beloved Ballpark”, guests of Fenway Park can even enjoy a collection of over 170,000 artifacts related to the park and the Red Sox through time.

If you love baseball, don’t miss these or any of the other amazing teams located in exciting cities throughout the U.S. and experience history at its finest.