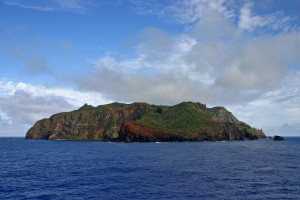 Millions of travelers from around the world choose to vacation in areas throughout Britain. From London to Edinburgh, this part of the world is home to some of the most visited cities and destinations in the world however, just like any other destination, this is truly just the beginning of all Britain has to offer. An area filled with coastlines and waterways, it is also home to thousands of small islands, many of which offer amazing opportunities to enjoy the culture and experiences unique to the region. Coconut Club Vacations reviews 2 of the most amazing islands you need to visit.

Part of Scotland’s Southern Hebrides, Staffa Island may be small in size but in terms of history and appeal, it ranks as one of the best. Most well-known for its geologic marvel called Fingal’s Cave, the island has been drawing visitors for generations including some of the world’s most famous artist and poets through the ages. While the island was one privately owned in the 1700’s, it has since become part of the National Trust of Scotland and is considered a site of Special Scientific Interest.

While there are plenty of opportunities to explore and enjoy the island, no visit would be complete without a trip to Fingal’s Cave. A sea-filled cave, this cave was made famous in an poem in the 1700’s by James Macpherson. Formed entirely of hexagonally jointed basalt columns, it is similar to the structure found on the infamous Giant’s Causeway of Ireland.

Many tour companies offer sightseeing cruises and tours of the cave from the months of April to September. During this time, the weather is ideal and the seas generally calm, making this, the best time to visit this part of Scotland.

The island of Lundy is another must-visit island in Britain. Another area protected under the National Trust, Lundy is renowned for its beauty and its history. The largest island in the Bristol Channel, it is one of islands of England and was England’s first statutory Marine Nature reserve. Known for a number of natural and historic features, Lundy is a popular and exciting place to learn more about the unique features of this part of Britain.

About the Postal Service

While Lundy is famous for its nature and its historic sites, one of the most interesting features of this island is its postal service. For stamp collectors, this is the stamp that everyone wants. The oldest private postal service operating in the world today, the Lundy Postal Service was established in 1929 and some 40,000 pieces of mail are sent from the island each year.

The best time to visit the island for convenience is the summer season from March to October as there is a ferry and a supply ship which travel to the island several times a week, however for those who are looking for a different experience; there is a winter helicopter service available.

The world is much more than its “top” destinations for travel. This year, find out what you have been missing and explore something news.