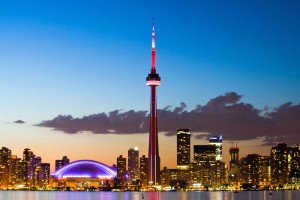 Toronto is one of Canada’s most influential and popular cities in terms of business, culture and tourism as well. Home to hundreds of sites of interest including the CN Tower, the Royal Museum and the Hockey Hall of Fame, Toronto is truly a one-of-a-kind destination for all types of travel. While there are plenty of places you shouldn’t miss, by far one of the most unique is the Casa Loma. Coconut Club Vacations invites you to come with us as we explore this popular destination for visitors in Toronto.

A Gothic revival style structure in midtown Toronto, Casa Loma or Hill House, was originally built in the early 1900’s for a wealthy financier named Sir Henry Mill Pellatt. Sir Henry only lived in Casa Loma for around 10 years after which it changed hands numerous times and was even abandoned for a time falling into disrepair and finally being purchased by the Kiwanis Club of West Toronto and turned into a tourist destination for all to enjoy. Today fun events, a museum and guided tours make this a destination you won’t want to miss.

While Sir Henry was unable to afford the upkeep and operations of the 3.5 million dollar mansion, its stands today as a tribute to his ingenuity and his business savvy which allowed him to create this amazing structure so long ago. From private home to hotel to nightclub to museum, the Casa Loma has come a long way and today, is a premier tourist attraction paying homage to the man for which is was built, its architect and more.

Casa Loma is open daily from 9:30am to 5pm and costs between $14 and $24 depending on your age. Visitors have the opportunity to explore the entire castle from top to bottom including its ever popular gardens. Enjoy strolling through the Great Hall with its 60 foot tall ceilings or the many luxurious rooms including both Sir Henry’s room as well as his wife’s Lady Pellate. Make your way to the third floor and take a trip to the Queen’s Own Rifles Museum which is filled with memorabilia relating to the regiment dating back to 1860.

As you explore the grounds, take time to visit the Gardens. Award winning, the garden are amazing any time of the year. Guided tours help you to be able to enjoy more about how the garden was put together and the unique flowers which are found here.

Whether you enjoy history or the beauty of nature, you are sure to find it here at this one of a kind destination in Toronto, a top destination for travel.