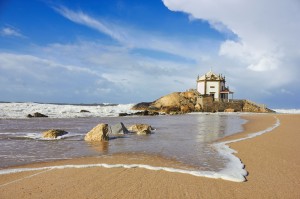 A European Capital of Culture, Porto, Portugal welcomes millions of travelers annually. From the Duero to the Porto Cathedral, Porto is home to hundreds of sites and attractions of historic, cultural, natural and other related interests. Coconut Club Vacations invites you to come with us on a journey to Porto, a world class destination for travel.

Second largest city in Portugal, it is a major urban area in not just Portugal but in all Southern Europe. A cultural capital city, it is renowned for its significance on an international scale. From historic sites to museums, in addition to its local charm and appeal, visitors enjoy a wide variety of activities and events throughout the year.

Its significance was recognized in 1996 when the city itself was named a UNESCO World Heritage Site for its international significance. In addition to the city as a whole, Porto is home to a number of individually recognized sites of importance as well which rank as some of the most famous historic sites in Southern Europe.

Porto is located within a region which is known to have evidence of human settlement as far back as the 4th century however the city itself was founded in 1123. Since its beginnings, Porto has remained a significant port in Southern Europe throughout history. Porto has long been an important area for transit and shipping due to its location. Situated on the Douro river estuary, many explorers began their journeys to other parts of the world here. In addition, the shipyards of Porto played a significant role in the development of the shipbuilding industry in Portugal as well.

Porto’s most popular sites and attractions often are associated with its lengthy history. Top attractions in the city today include the Porto Cathedral, Clerigos Tower, Soares Dos Reis Museum and the Igreja de Sao Francisco Church, just to name a few. In addition, a number of other popular attractions relating to the area’s most famous wines represent many some of the areas other top attractions for enjoying the rich culture and history that sets Porto apart from other cities in the world.

Most visitors will also appreciate both the history and the natural beauty of a day along the Duero River as well. The center of the city’s importance to the world, it has been one of the most significant rivers in the Iberian Peninsula throughout history. Today, cruises and boat tours offer visitors the opportunity to relax and spend some quality time of this incredibly significant area of Europe. Whether you enjoy tours of 600 year old cathedrals, museums filled with significant works of art or cruises featuring local food and wine for which the area is famous, Porto welcomes all travelers from around the world.

Coconut Club Vacations invites you to spend time exploring the world’s top, lesser known and amazing cities, countries and attractions with us. A member-only travel provider, we invite you to explore with us.